Started in the mid 90’s what was an unwanted, obsolete North Portland Water Tower has been transformed into one of the landmark attractions of Portland to both visitors with an interest in history or those who climb to the top for the 360 degree views of Portland.

The Australia Remembers program facilitated the change form a simple structure that played an important role to the commemorative memorial of social and military history.

The buildings past began in the 1930’s when a growing demand for a good source of water to supply a growing town  was needed. Before construction of the tower water was supplied from rainwater, springs and Fawthrop Lagoon,. In the 1920’s the water authority was faced with huge pressure to develop a plentiful supply of safe water. Options such as piping water from the Surry  and  Fitzroy Rivers were looked at. The final decision was to drill and pump water from bores to be at the Wyatt Street Site.

As the first drilling at Wyatt Street commenced the construction of storage ( Water Towers / Standpipes) was commenced. The first to be constructed was in North Portland. overlooking the sea in Wade Street. This water tower was used until both itself and the second tower in South Portland were shut down in the 1970’s and 1980’s.

In 1994 the North Portland Tower was set to be demolished as had the South Portland Tower. Thanks to the imagination of the community and the support of Local  and Commonwealth Governments, The Australia Remembers Fund and community funds the tower was saved and brought back to life.

he Lookout was officially opened in April 1996. The tower is 25 metres high and access to the tower lookout is through the foyer which features murals hiding maps of Australia.

The gently rising staircase provides multiple landings to stop and rest on with museum exhibits. At the top on a clear day local wonders such as Lawrence Rocks, Cape Bridgewater and Cape Nelson can be seen. Inland views of Mt. Richmond, Mt. Napier, Mt. Eccles and Tower Hill can be seen.

If you do not wish to go to the top there is much to be seen on the first floor with an array of local military history.All displays focus on the local involvement in the conflict. Feel free to ask our friendly volunteers about the stories attached to some of these items.

The Portland World War 11 Memorial Lookout is a striking visual and historical experience. It is operated on a community based  committee of management and staffed by volunteers. The committee is planning further displays and features for the future and of special note are the wonderful murals hand painted by Kieth McMillan. 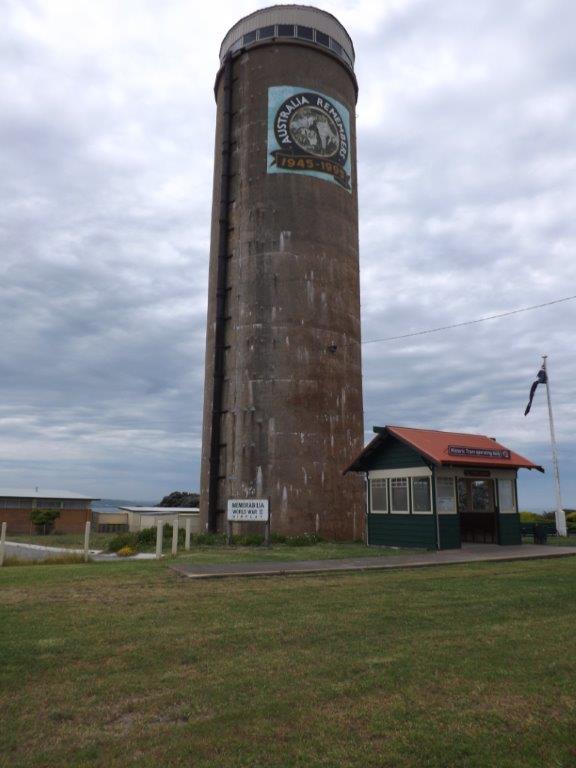 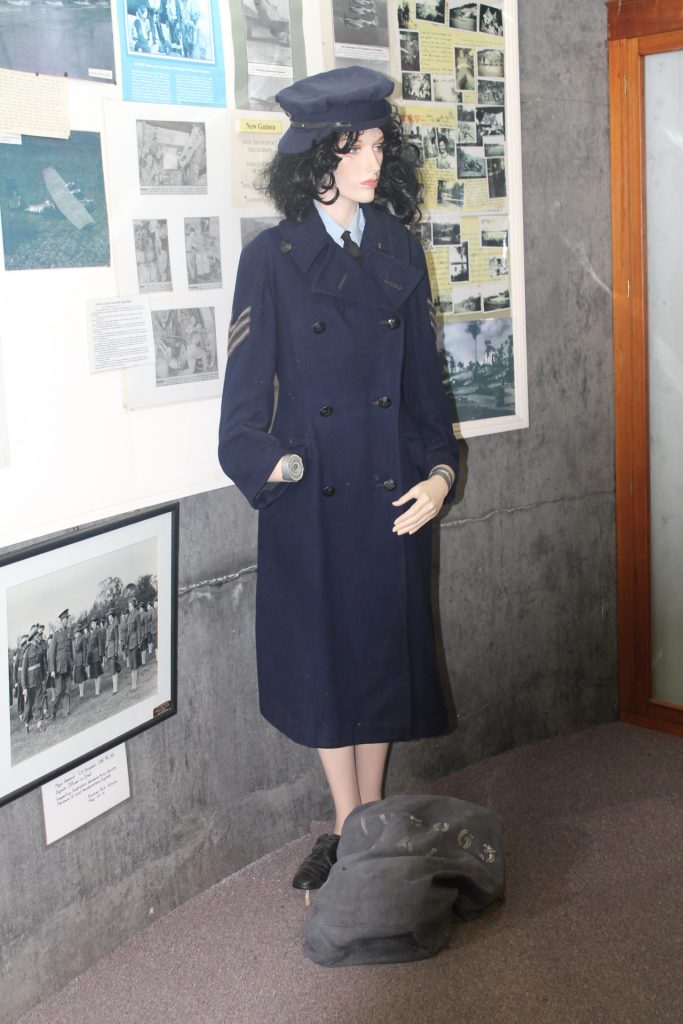 Every day except Christmas and Good Friday  9 am – 4 pm.