The road from Heywood north from the Princes Highway (turn off to Casterton) takes you on a picturesque journey through the heart of the Glenelg Shire and the small villages resting in the gentle rolling hills of “Australia Felix”.

The main old bullock track north from Portland was the only way to access the fertile grazing lands where ‘Merino Downs’, Francis Henty’s first station was established. These days it’s just a pleasant country drive connecting the coast into Victoria’s rich western district pastoral country. A sign states as you enter Merino – “Slow Down, we don’t have the people to spare”, gives you a real taste of this pretty village. A streets-cape which reminds you of a more prosperous time and the old stock-man’s route offers you an opportunity to take time to enjoy more. Points of interest also include the historic photographic display in the town hall.

Merino has free camping at the recreation reserve which is clearly signposted from the Casterton Portland Road. 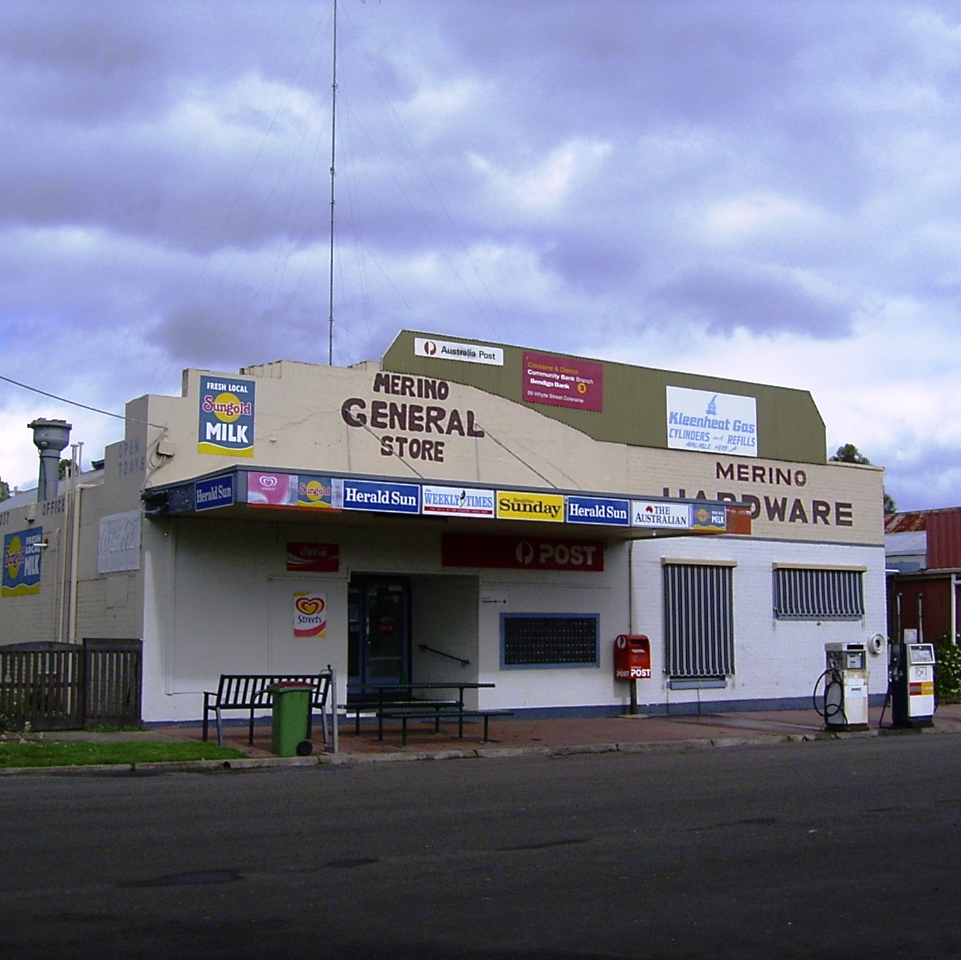 Merino’s Community Health Centre is open Mon- Fri and has public access to computers.A community garden is at the rear of the Health Centre and runs a Produce Swap at the centre on the 2nd Saturday of every month. 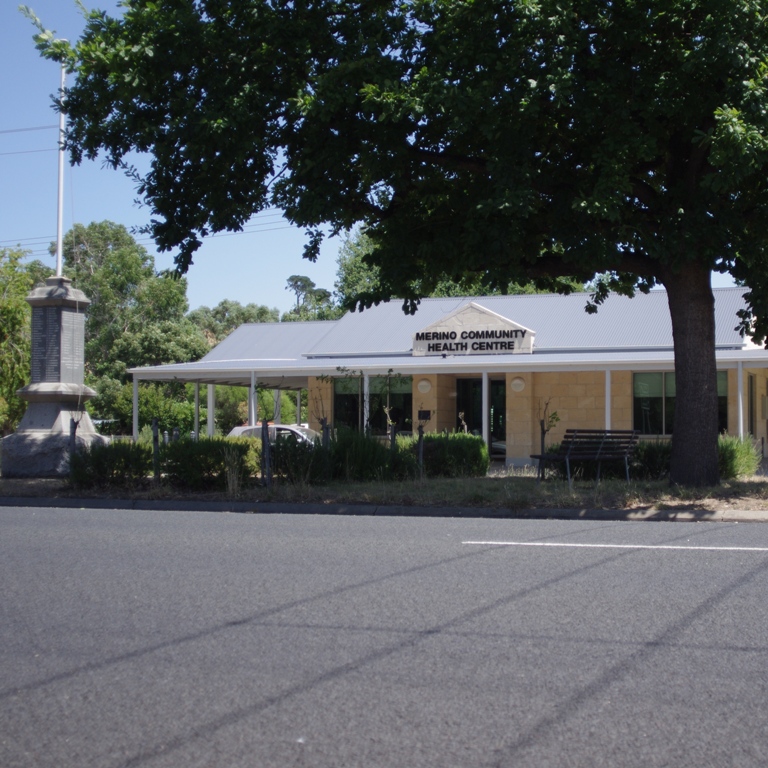 Merino / Digby Lions Club hold a huge auction every year on the 1st Sunday after the March Labour Day Long-weekend.

The first Europeans to travel through this area were Major Thomas Mitchell and his party in 1836. He described the lush rolling hills of the area as Australian Felix. He reported his discovery to the Henty Brothers of Portland who quickly moved northwards selecting huge acreages at Merino Downs and Muntham in 1837.

An establishment was set up at permanent water holes 5 miles south of merino Downs by Patrick Curtain to provide food and rest for travelers. This soon became known as Paddy’s Waterholes and began to develop into a settlement. As word spread and more settlers arrived and a village began to emerge towards the mid 1880’s. It was decided to gazette the township. A survey was undertaken and allotments marked out on am official map of the Township of Merino. 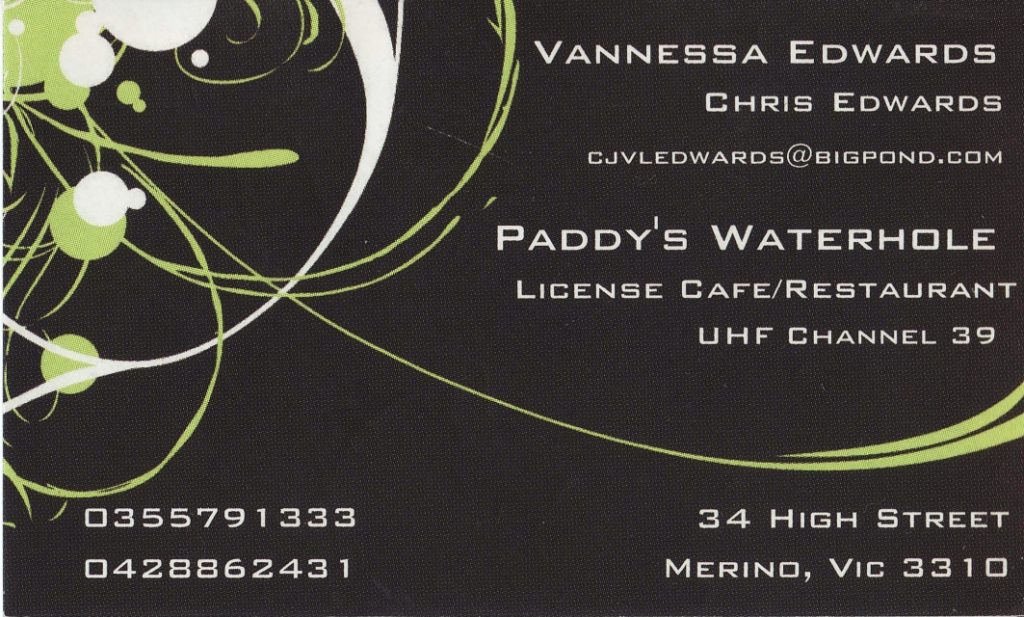 The name was taken from the original Henty holdings 9km. north of Merino at which is now Henty.

The township flourished and developed in a style similar to villages in England, Scotland and Ireland where most of the first settlers were originated from. Wheat, Wool, Mutton and Beef were the major contributors to the local economy with dairying becoming prominent towards the turn of the century. By then the town of Merino had a population of around 2500 people.

In 1857 James Fulton built the flour mill which operated till after the First World  War when the then owners the Holmes Brothers sold it to the Masonic Lodge for use as their temple.Later it became a museum and then a private residence. 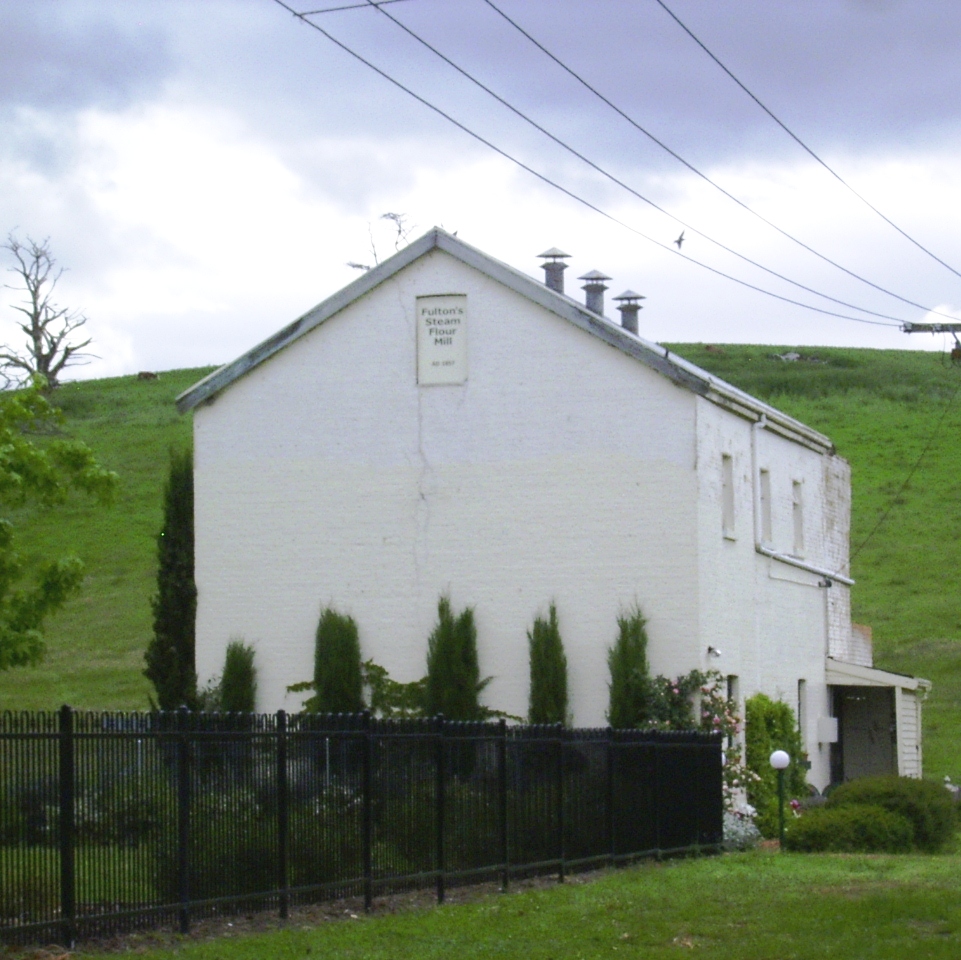 The Merino Co-Operative butter factory was established in 1885. Taken over in 1910 by J.E. Handbury & Sons  it operated until finally closed by Murray Goulburn in the late 1970’s. 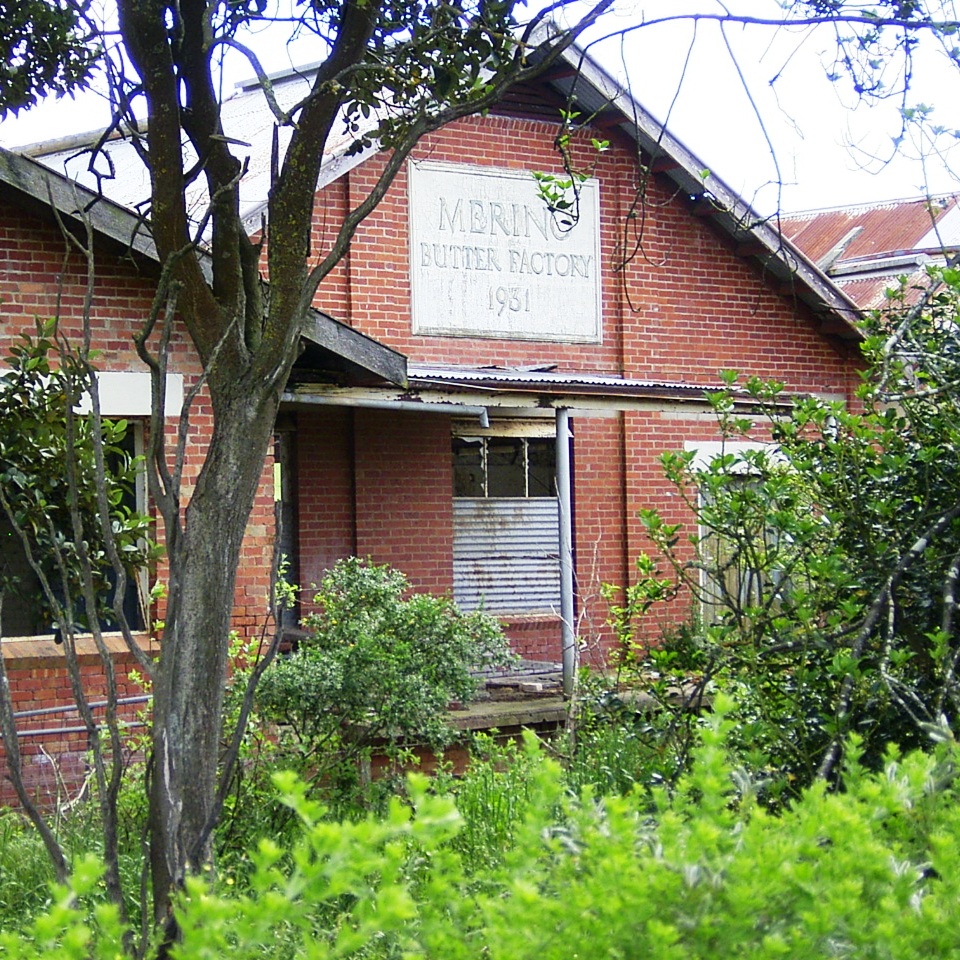 Work commenced on the railway line from Branxholme through Grassdale, Merino, Henty and Sandford to Casterton in 1879. The line was opened for both passengers and freight in 1884. The line was closed in 1977. The town began to decline towards the  end of the 1960’s and continued into the 1979’s to be only a skeleton of what it was. However many fascinating remains of Merino’s heyday still remain.

We respectfully acknowledge the traditional custodians of the land the Gunditjmara people. We also pay our respects to elders past and present. 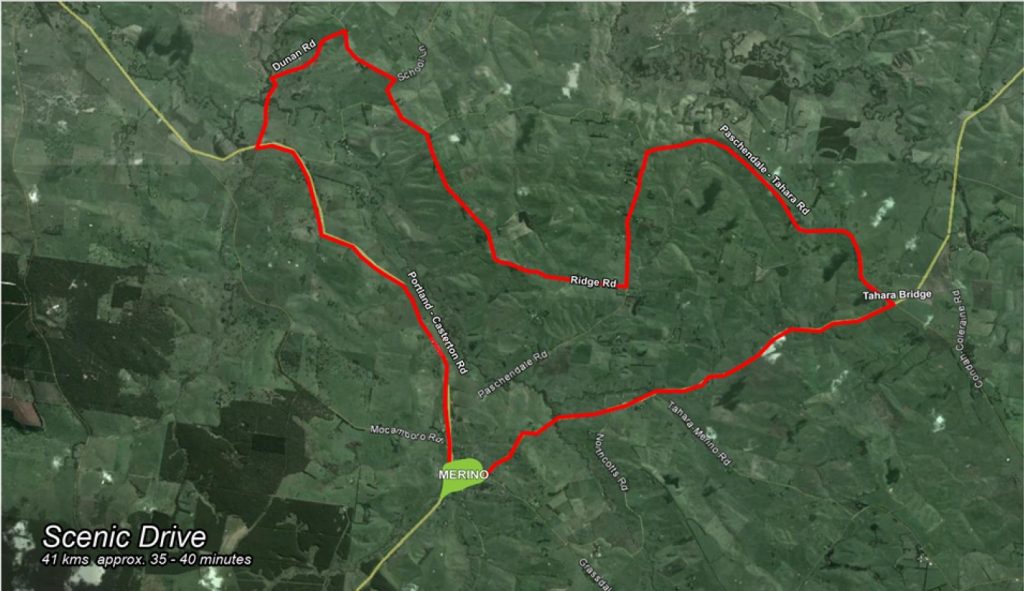