The Budj Bim National Heritage Landscape holds a system of ponds, wetlands, channels, weirs and fish traps that are of outstanding heritage value.These systems are home to a range of different bird species.

Many birds in the area have important cultural significance to Gunditjmara people. Today Budj Bim Rangers are involved with the protection and improvement of a large area of country which form the habitat of these birds.

Please respect Gunditjmara Country when visiting we ask that you please walk softly on our landscape and do not take our country home with you. 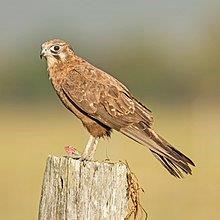 The Brown Falcon breeds from June – November usually in an old nest of another hawk species. They eat small mammals, small lizards, snakes and a variety of invertebrates. 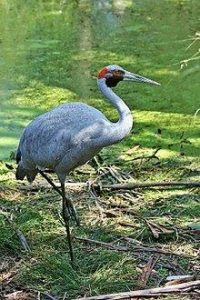 Significance; This bird is said to be the property of the old men and women weren’t allowed to eat unless they had grey hair.

Brolga’s are omnivorous and forage in wetlands. They tear up the ground with their powerful beaks in search of roots and bulbs. Brolga’s are monogomons and usually bond for life, though new pairings may foll a fatality of one individual.

Crimson Rosella’s forage in trees and bushes and on the ground for fruit ,seeds, nectar, berries and nuts of a wide variety of plants. Despite feeding on fruit and seeds, Rosella’s are not useful to the plants as seed spreaders, because they crush and destroy the seeds in the process of eating. 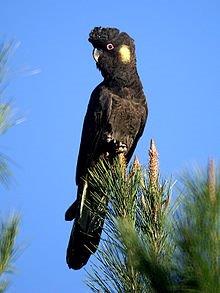 Significance; Totem to some of the Gunditjmars people and helps to define marriage laws. Also has a significance as a guiding spirit.

The diet of the Yellow-tailed Black Cockatoo is varied and available from a range of habitats within its distribution which reduces their vulnerability to de-vegetation or change of habitat.Much of the diet consists of seeds from native trees particularly She-oaks. They are also partial to the pine cones of the Pinus Radiata in the introduced plantations across the area 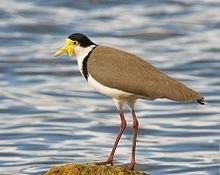 Significance; This bird defines a warrior, the spurs on its wing are the spears that he carries with him.

It spends most of its time on the ground searching for food such as insects and worms and has several distinct calls. 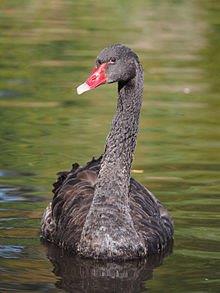 A nomadic bird with erratic migration patter, dependent upon weather conditions. Both parents share the incubation and cygnet rearing.

A large slim bird of prey widely distributed across Australia. It is one of the few birds to have benefited from European settlement. It is a bird of the open country.

This species is native to Australia and near by islands. They breed in Southern and Eastern Australia in a variety of habitats mostly in open areas 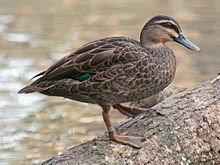 Significance; Used as a food source

This sociable duck is found in a variety of wetland habitats. It feeds by upending. 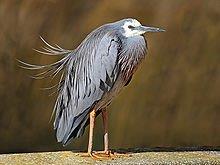 The Black-faced Cuckoo-shrike’s diet consists of insects or other invertebrates. Some fruit and nuts are also eaten.Breading season is chiefly from August – February. Both parents build the rather small nest. Fledglings leave the nest approximately 3 weeks after hatching.

Significance; In the dream-time story, Bunjil is the creator of the landscape.

Wedge-tailed eagles are highly aerial soaring for hours on end without a wing beat.Reaching great heights most prey is captured on the ground in gliding attacks.Since the introduction of rabbits by Europeans these have become the primary items of diet. Native animals such as wallabies, small kangaroo’s, possums and bandicoot’s are also prey