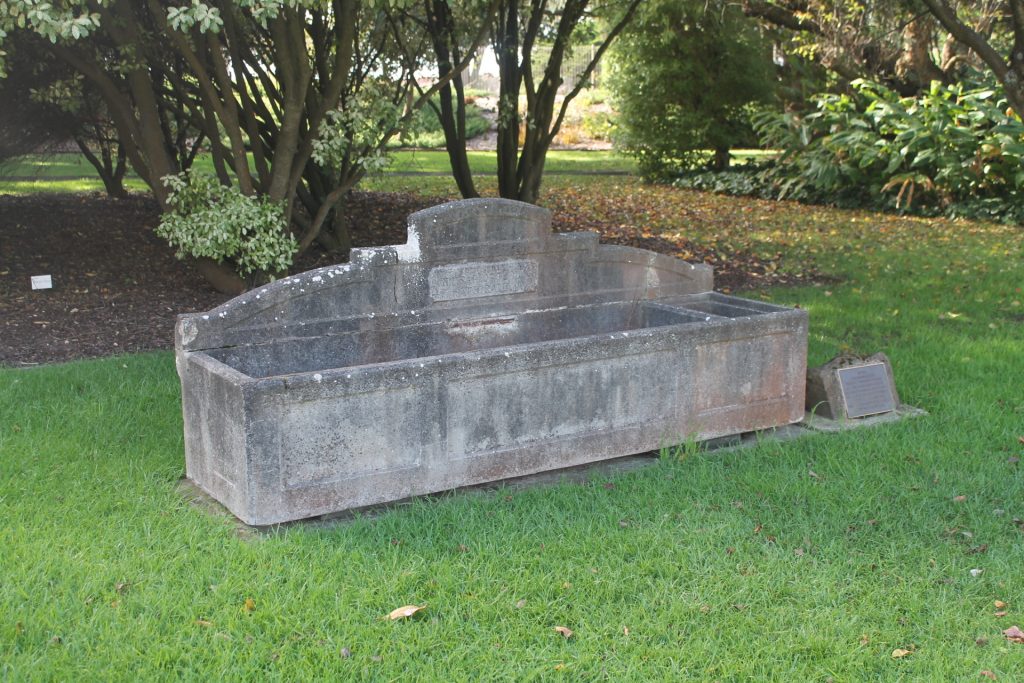 In 1850 an area of approximately 30 acres bounded by Glenelg Street, Bentinck Street and Salt Creek was set aside as a reserve for a botanical garden. A group of influential townsfolk including the Henty Brothers met in 1853 to generate interest in establishing the gardens. On 4th February 1854 a public meeting was held and a committee formed. A government grant of £500 was secured to fence the reserve and plan the layout of the gardens. The area was fenced but the plan was several years away. in September 1857 the committee wrote to Ferinand von Muller, Curator of the Melbourne Botanic Gardens requesting advice on laying out of the gardens. Alexander Elliott was appointed to the task and is believed to have visited Portland later that year to mark out the paths. By June 1858 Council had appointed the first curator, William Allitt and the gardens opened to the public in early 1859. Portland’s Botanic Gardens are the second oldest in Victoria.

The gardens are reflective of early European design of path systems and a diverse range of plants. The layout of the paths remains the original design. Early plantings include specimens gathered and propagated by William Allitt, collected from around Portland and district. The plants in the gardens are fine examples of how diverse plant species adapt to Portland’s temperate coastal conditions. The planting style in the garden’s highlights “the art of gardening”

The bluestone curator’s cottage was constructed in two stages, with the first stage erected in 1858 and the second stage in 1889. The cottage not only housed the curator and his family, but also doubled as a shelter for visitors to the garden during periods of inclement weather. Over the years seven curators lived in the cottage, the last being Gilbert Pritchard in 1963.In 1965 the cottage was restored and became home to the Portland Historical Society collection. It is open to the public as a house museum.

Sports in the Garden

Introduced by the first curator Willian Allitt, Dahlias have been a highlight of the Portland Botanical Gardens since early days. the existing Dahlia beds were laid out in 1884 – 1885 and between  early February and late April create an impressive display. there are 1,350 Dahlia plants, including over 180 varieties. The Dahlia blooms are used in Portland’s annual ANZAC day floral display. A stunning presentation that has been held in the Memorial Triangle in Cliff Street since the 1930’s.

Displays of annuals near the entrance and the cottage are planted in spring and autumn with cool climate plants for a bold display over summer and winter.

The rose gardens were laid out around the croquet lawns in the mid 1980’s. the display comprises over 120 varieties including hybrid teas, floribundas and standard weeping roses. the roses are best viewed form November to May.

The native garden beds include species that are indigenous to Glenelg Shire and native species that grow well in cool climates. Developed in the late 1980’s / early 1990’s this section is best viewed during the winter months.

Three trees in the Portland Botanic Gardens are listed as rare or outstanding specimens by the National Trust; Cordyline australis, Wigandia carscsana and Rhus viminalis. 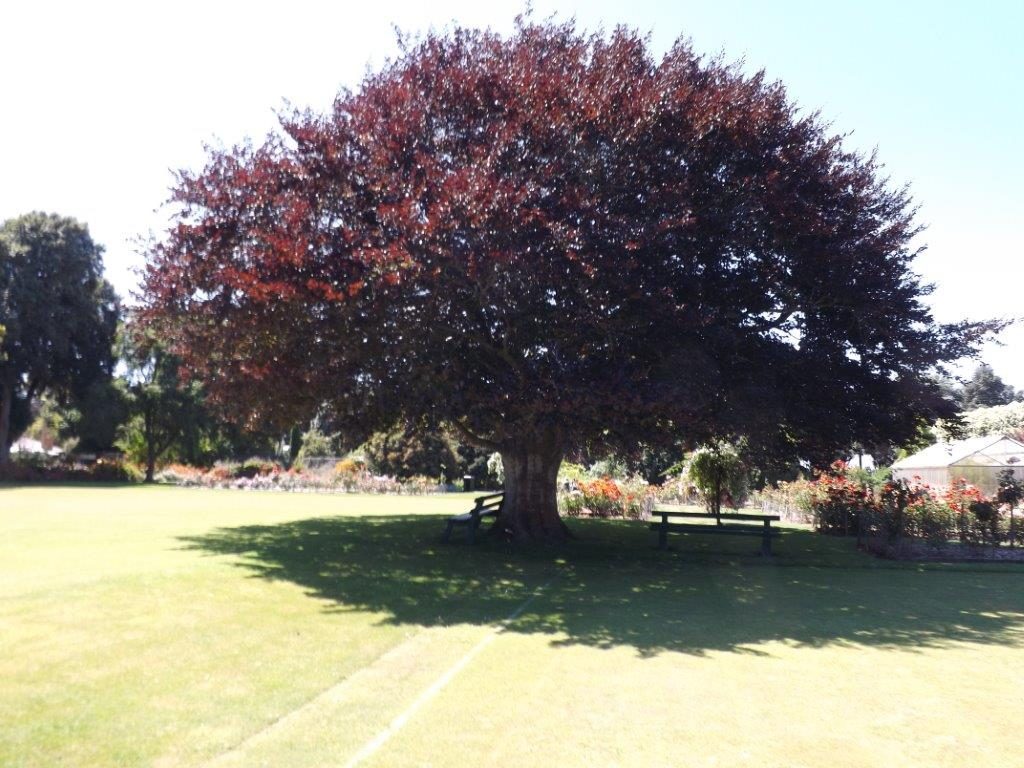 The Botanic Gardens are popular with tourists, artists and photographers and are used for educational and recreational purposes, weddings and family gatherings. The gardens are linked by walking trails to the Fawthrop Lagoon and the Foreshore precinct.

Dogs on a leash welcome

Portland Cable Tram stop is located at the main entrance