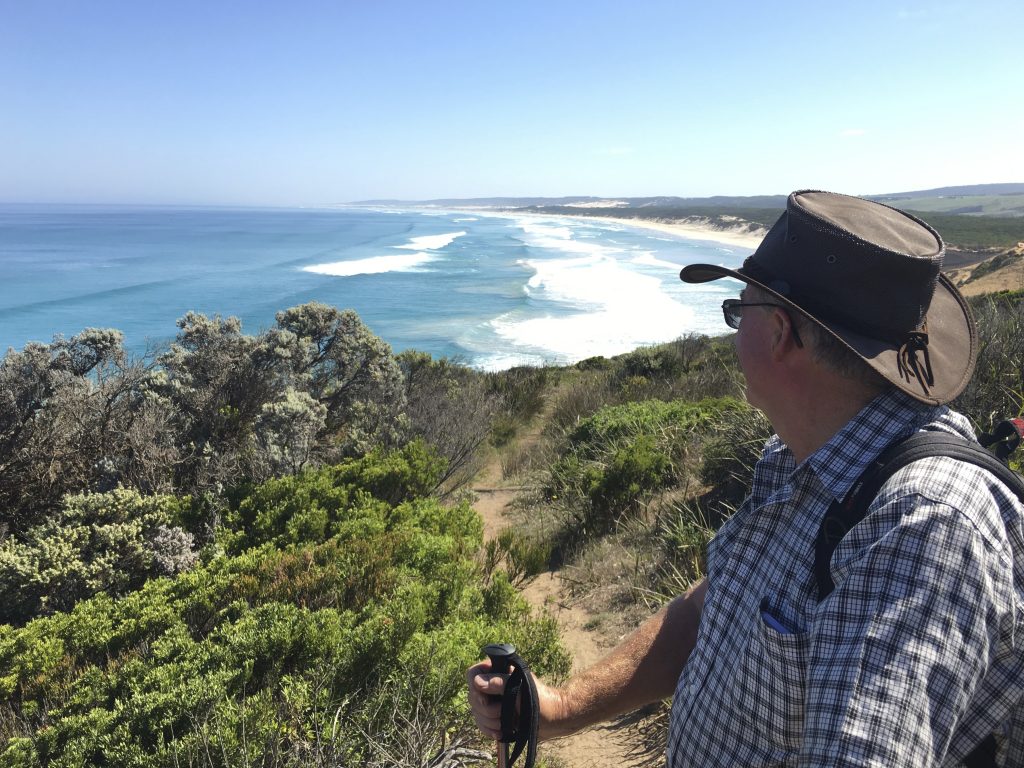 Discovery Bay is Victoria’s marine gateway to the Great Australian Bight and the immense expanse of the Southern Ocean. Situated 20 km west of Portland and covering 2770 ha. this park protects part of a large coastal basalt formation in Western Victoria. These basalt rocks were formed from lava which cooled and hardened over the last million years. The park is framed by the cliffs of Cape Bridgewater to the east and the white sand dunes of Discovery Bay to the north.

The dynamic history of the coast is also depicted under water. In deep water 30-60 metres there are low reefs formed from ancient shore lines or dunes when sea levels were much lower than today. Between these reefs there are plains of sand winnowed into symmetrical ridges by the endless movement of the water.

There is a rich diversity of fascinating marine life within this park due to the cold nutrient rich waters of the area. The deep calcarenite reefs support technicolor ed sponge gardens whilst shallower reefs are covered in brown alga, Eckionia radiata. One can find majestic fish and a diverse array of invertebrates including Southern Rock Lobster, Black Lip Abalone and Gorgonians. The waters also support Great White Sharks and during the summer breeding season Blue Whales.

Visitors can access this park from the shore or via boat  launching from Cape Bridgewater or Portland.