Construction of the aluminium smelter began in 1979, with full production starting in 1988. Today the smelter employs approximately 500 people, as well as a contracted workforce of around 150 and is one of Australia’s largest export earners. The facility produces 350,000 tonnes of aluminium ingot annually, most of which is exported through the Port of Portland to customers in South East Asia. Portland Aluminium injects over $100 million into the Portland region each year.
Portland Aluminium sits on just over 500 hectares of land, with smelting operations, ancillary buildings and roads occupying around 100 hectares. Traditionally the remaining land would have been used as a buffer zone around the operations. Instead, this land was designed as a “Smelter in the Park”, with the creation of parklands around the plant for local community. Smelter in the Park is recognized worldwide as a benchmark for industry and environmental harmony and has been used as a model for some of Alcoa’s other facilities around the world.

Plant Description
• Portland Aluminium is a joint venture between Alcoa of Australia Limited (55%), CITIC (22.5%), and Marubeni Aluminium Australia (22.5%). Alcoa manages the day to day operations at the smelter, which opened in 1986.
• The smelter has a rated capacity of 358.000 metric tonnes per yaer and produces 22.5 kilogram aluminium ingots
• One hundred per cent of Portland Aluminium’s product is exported to customers in Asia.
Portland Aluminium is situated on approximately 600 hectares. The smelter operations, ancillary buildings and roads occupy approximately 100 hectares. The remaining land, which typically would have been used as a buffer zone around the operations, was designed as a Smelter in the Park, with parklands for community relaxation, research and learning, and habitats for wildlife. Portland Aluminium’s Smelter in the Park is recognized worldwide as a benchmark for industrial and environmental harmony.

Economic Impact
• Portland Aluminium is the largest employer in the region, with 490 direct employees and approximately 160 contractors. The majority of employees live in the local Portland community
• Annually it contributes approximately $65 million in salaries and wages, and around $62 million in local supply contracts.
• The smelter produces approximately 20 per cent of Australia’s total aluminium production.
• Aluminium from Portland Aluminium is a valuable export good for the state of Victoria.
• In 2015, Alcoa of Australia injected approximately $395 million into Australia’s local, state and federal governments through the payment of royalties, taxes, and charges. Approximately 15.4 million was paid to Victoria’s local and state governments.

About Alcoa
Alcoa (NYSE:AA) is a global leader in bauxite, alumina and aluminium products, with a strong portfolio of value added cast and rolling products and sustainable energy assets. Alcoa is built on a foundation of strong values and operating excellence dating back nearly 130 years to the world changing discovery that made aluminium an affordable and vital part of modern life. Since inventing the aluminium industry, and throughout our history, our talented Alcoans have followed on with breakthrough innovations and best practices that have led to efficiency, safety, sustainability and stronger communities wherever we operate.

Visit us online on www.alcoa.com 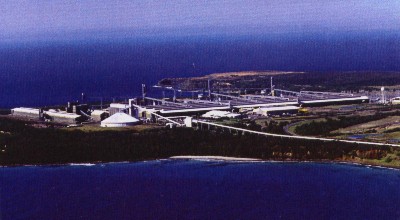