Edward Henty’s journal indicates that in December 1834 they “began ploughing”. This was in order to plant potatoes and the site was in the vicinity of the Ploughed Field. This was quick work as the Henty Brothers and their men had only struggled ashore from the Thistle in Portland Bay on the 19th November. Such speed with the plough was essential. Portland Bay was a long way from the comforts of Tasmania and its reliable food sources. The first priority of the Hentys was to produce crops to supply food for both man and beast. To this end the Thistle had also carried working bullocks, a sturdy plough and an array of seed.

In September 1835, Edward’s journal noted that they had “Commenced ploughing on the Bluff” the “Bluff” being the descriptive name at that time for the feature we now know as the Ploughed Field. They were preparing to plant wheat. This site was so named because it was considered to be the first site in Portland- and Victoria- to have been sowed with European crops. The name endured and the plough used by the Hentys is on display in History House.

In the 1840’s the Hentys were dispossessed of most of their town lands, including the Ploughed Field, The Ploughed Field then became common land to be used and enjoyed by all. The significance of the site has always been acknowledged by the people of Portland and Victoria. This was apparent in 1884, the year in which Portland celebrated its golden jubilee. An influential visitor to Portland that year was “The Vagabond”, a noted journalist. One of the first things he did was to visit the Ploughed Field  in company with William Henty and examine the ploughed furrows, which are still very evident. An 1891 feature in the Geelong Advertiser urged the colonial government to take steps to mark the historic field at Portland where ” the first furrows in the colony were ploughed”.

In 1900, the Portland Guardian recorded that  a photo of Robert Crowley, the man “who ploughed” the first wheat crop in 1835, on the bluff,had been presented it by W.H.Langley of Dunolly. Crowley died in 1896 aged 80. By this time the Ploughed Field had become a place fro recreation. Cricket was played there and there was also a network of paths well used by residents and visitors. The Ploughed Field also served as the Portland Golf Links for a number of years, from the early 1900’s to the late 1930’s. 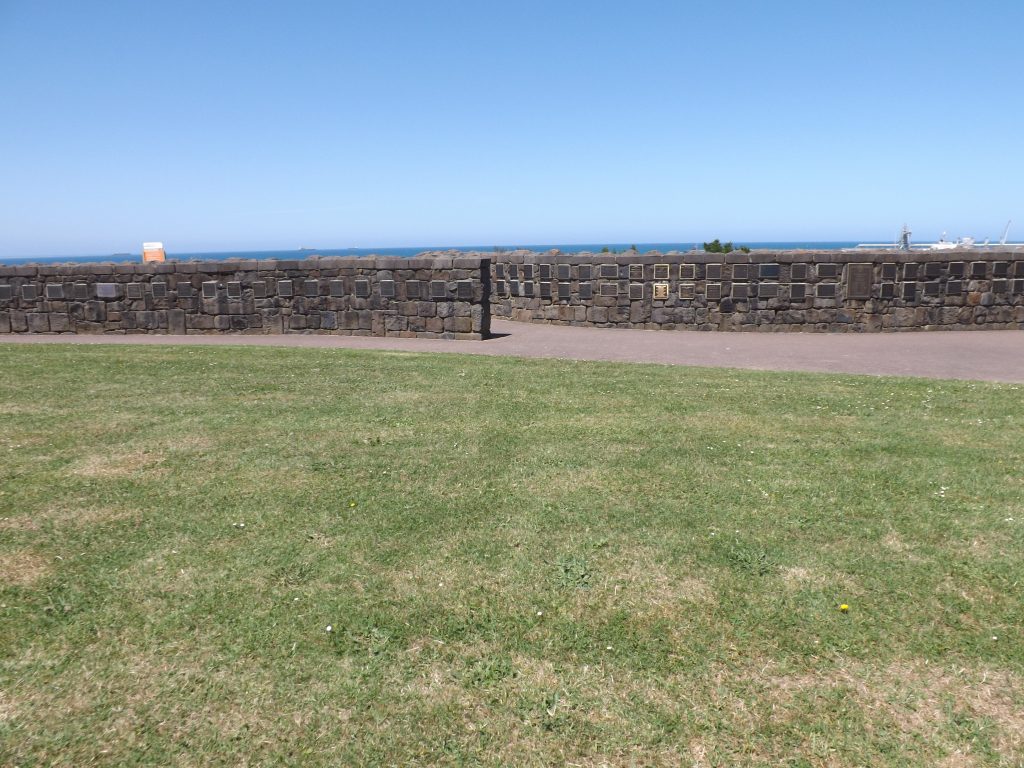