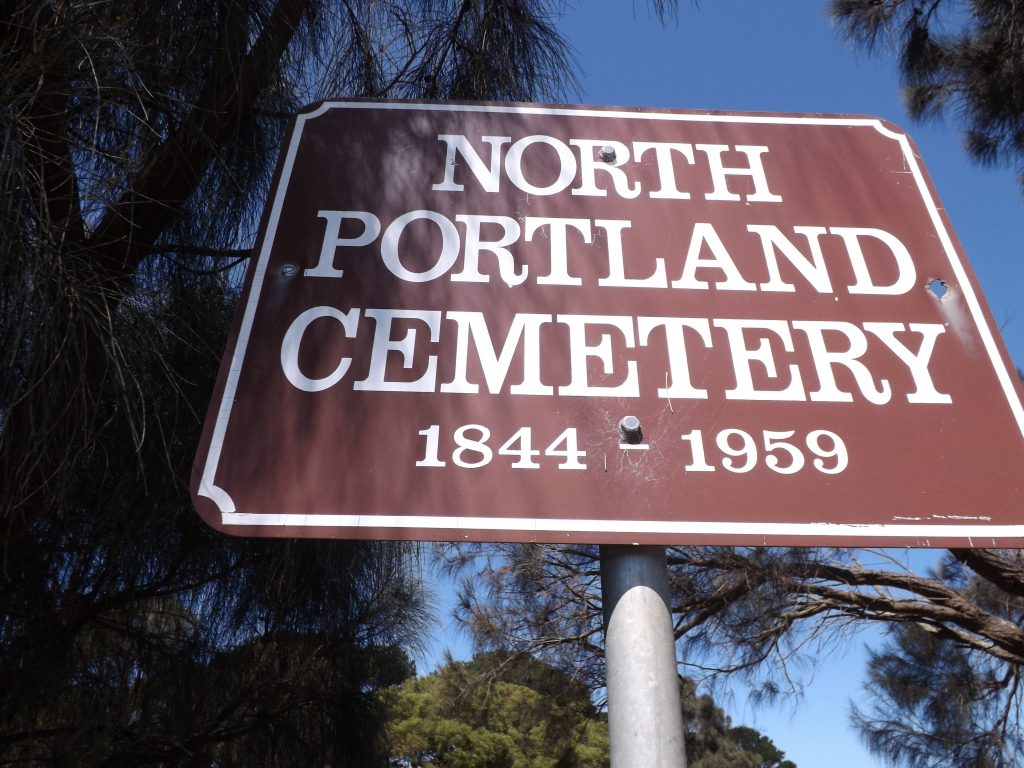 The Old Portland Cemetery is one of Victoria’s earliest and most significant burial places,

However, when Portland was first surveyed, and a township laid out in 1839, no provision was made for a cemetery. The Henty’s are believed to have established a burial ground on the edge of their town land holdings. Other burials are said to have taken place on the foreshore and in bush-land at the edge of the settlement.

Soon the demand fro a proper cemetery was added to the list of “wants’. It was felt that the distant, Sydney based governor had to provide for a cemetery in fast-growing Portland.

The Portland Guardian  of December 23, 1843 made clear the settlements concerns  —- ” Burial Ground. We unhappily remain in a state of neglect by the government. That neglect is not confined to life, but chases the inhabitants of Portland to the grave. No place is set apart by the government for the interment of our dead, so we must make a burial ground of our yards, throw our departed friends into the sea, or leave them in the middle of out streets, Sir George Gipps cares not!” Gipps of course was the governor.

This pressure produced results. A cemetery was duly gazetted at a site north of Portland, on the road to the inland.

It was soon put to use. The first burial was in October 1844 when the Reverend James Yelverton Wilson officiated at the funeral of his infant daughter

In 1884, bodies from the burial site in Fern Street were exhumed and moved to the cemetery. This course of action initiated by James Blair, the autocratic Police Magistrate, generated much controversial.

The cemetery at North Portland was the settlement’s  only cemetery until 1863, when a new cemetery was established on the towns southern boundary. By this time the original cemetery was nearly full, prone to water-logging in winter and sections were on limestone and unsuitable for burials.

From the 1870’s the old cemetery was allowed to run down. In 1882 the “Old Cemetery was officially closed, although those who had purchased plots were entitled to be buried there in the future.

From then on the cemetery deteriorated. Bush-fires burned wooded enclosures and crosses.Stock straying in the cemetery knocked over enclosures and headstones. The 1990’s was 96 burials, including 10 after 1920 and only two after 1940. The last burial was of Henry Burns, a well known local identity buried on 9th January 1959. By this time the cemetery was something of a wilderness.

The 1960’s and 1970’s saw the deterioration of the cemetery continue. It was not until the 1980’s that steps were taken to arrest the decline of this significant historical and cultural site. In 1983, the City of Portland assumed trusteeship of the cemetery. Today, the Glenelg Shire is the trustee.

Over the years, around 2000 people were buried at the Old Portland Cemetery. The names of some 1800 of them are recorded on the display board at the cemetery. There were approximately 90 headstones in the cemetery and they make reference to some 150 people.As well there are ten or so anonymous stone enclosures or monuments. The Old Portland Cemetery is very “informative”. it tells us much about our history, our values, customs, life expectancy and suchlike. There is a rich and varied array of stone memorials. Some were made of stone that lasted the test of time. others less so.

As well as the numerous epitaphs; words of wisdom, biblical quotes and other messages inscribed on the headstones. So too, there is a rich array of symbols on memorials and monuments, all have meanings, most known but some long forgotten. As well, a number of monuments discreetly bear the names of local stonemasons.

This is one of the oldest cemeteries in Victoria and the final resting place of many of Portland’s pioneers. Significant personalities buried here include Captain James Fawthrop, James Trangmar and William Rosevear 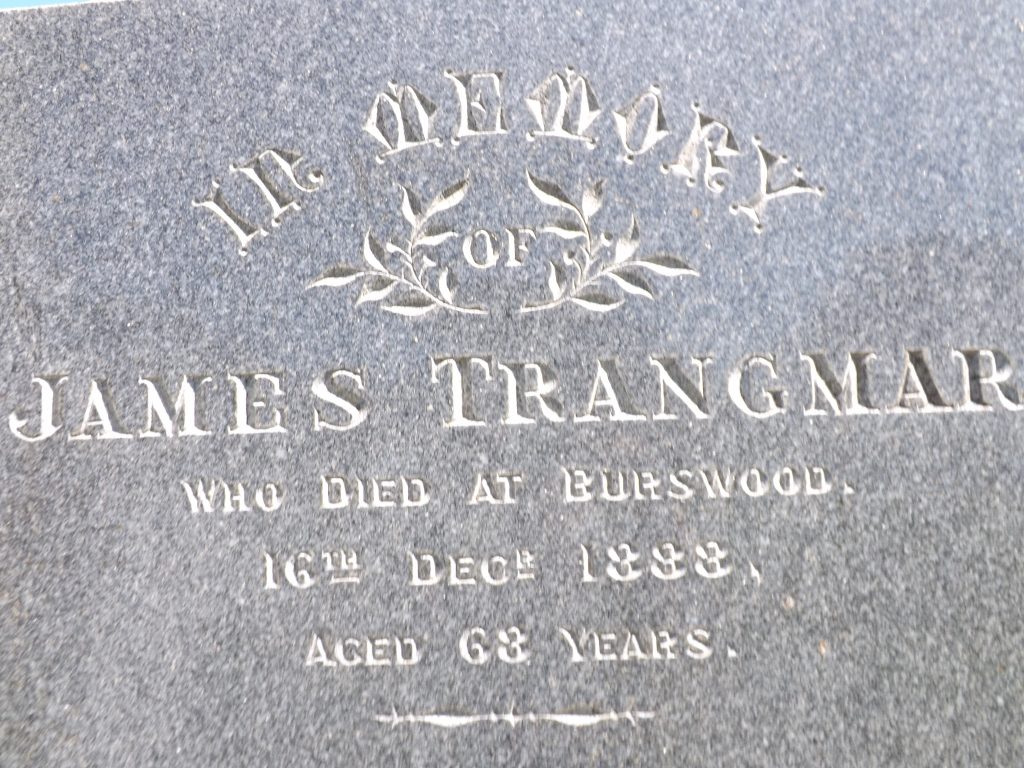 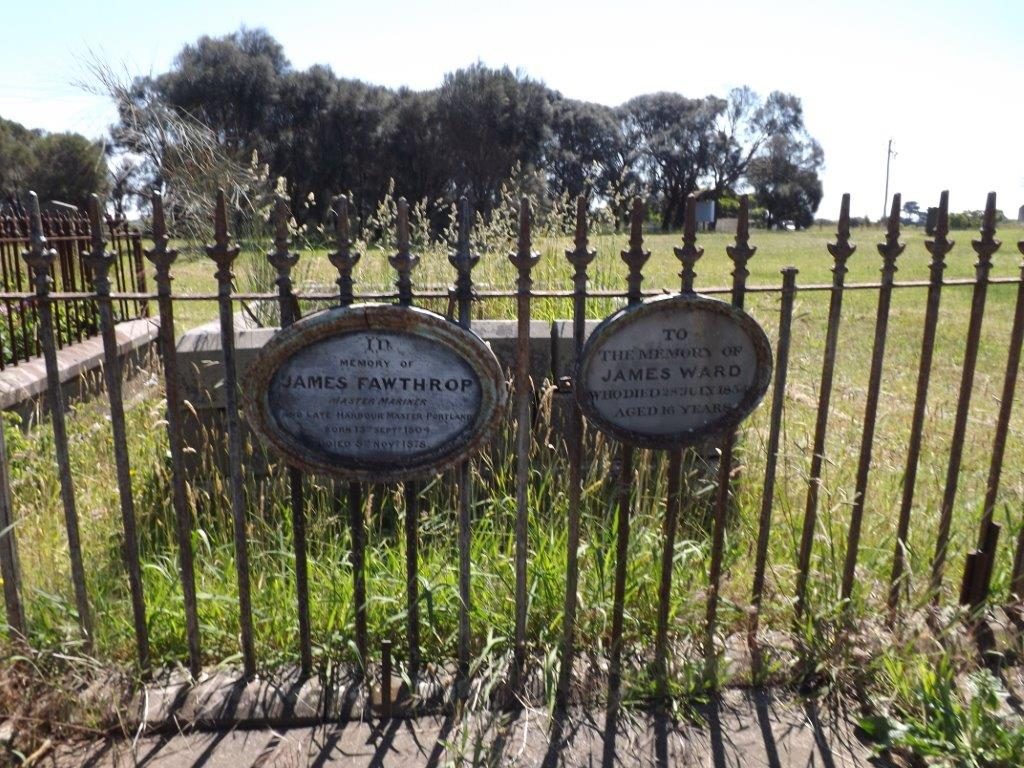