For a long time it had been in the minds of several members of the sub branch of the RSL to from an RSL Bowling Club. An approach was made to the Portland Town Council for land for such a purpose. The council in turn, suggested an area of land within Flinders Park..

However prior to this Mr. & Mrs Lewis owners of “Burswood” at the corner of Cape Nelson Road and Must Street, donated 3 acres of valuable land to the Portland Bowling Club as that club was looking to relocate form an area which is now occupied by the Portland Police Station. Portland bowling club had the area bulldozed into 2 levels, basically as it is today.

The contract for the top green was let to Mr. A Taylor, and when the lower level was completed, this contract went to the Portland Harbour Trust on both occasions the plant operator was Mr. Robert Boyer’ The top level  for a club house and bowling green and the lower level for a car park and second green if and when it was required

The RSL then approached Mr & Mrs Lewis who offered the land to them for an amount of one thousand two hundred and fifty pounds. A sub committee was formed to investigate details and approximate cost for such an undertaking. At a further meeting the RSL committee unanimously decided to accept a generous offer by Digger Lewis and make an early start on the project, which was no more than a clay pan at the time..

Mr Lewis was born at Watchhem in the Wimmera and later moved with his parents to the Hamilton district. Mr Lewis served as a driver  in the 1st AIF in 39th Battalion, serving in France. He also donated land on which ” Lewis Court” was established. The RSL would further develop the sight not only for a bowling green but also as a memorial for men and women of World War 11 and the Korean War. Seven or Eight rinks were being planed for a start and other to be added later as circumstances permitted.

The Green was envisaged to be a distinct asset to the town of Portland.Membership to be composed of ex-servicemen and women and there would be associate Members (men) approved by the controlling body.

The Portland sub branch of the RSL set aside a sum of eight hundred pounds form the patriotic fund for the new bowling club. The advance was interest free and would be available for as long as it was required. It was proposed to start in a small way at first, and it was felt that the venture would meet with great success

A general Meeting of the RSL sub-branch members, in the RSL Club Rooms, was called for the purpose of forming a bowling club, on Friday January 31st 1958 T Duffy occupied the chair and the meeting as opened with 2 minutes silence in honour of fallen comrades.”Lest We Forget” Thomas/ Reeves moved that the bowling club be formed and this motion was carried unanimously

It was then moved by Thomas/Moffatt that the club be called Portland RSL Memorial Bowling Club. An amendment was then.moved by N. Courtney / Petrie that the club be called the Portland Ex-servicemen’s Bowling Club. After a lengthy discussion it was moved by Williams / Gray that the motion be put to the meeting. The motion was carried and the amendment was lost.

10 am till late every day Public Holidays 12pm till late 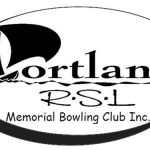