Portland’s World War 11 Memorial Lookout is of considerable historical and general interest to visitors and local  alike. In the mid 1990’s what had become an unwanted and obsolete North Portland Water Tower was transformed into a landmark attraction.

A structure that had played an important part in the life of Victoria’s birthplace was transformed by the Australia Remembers Program, commemorating the conclusion of the Second World War.

The outcome of this venture is a spectacular and functional landmark which houses a vast array of military and social history.

At the same time the structure serves as an observation point for viewing Portland, its southern seas and inland landmarks. 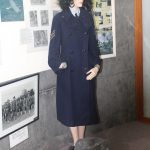